Cancer, the abnormal growth of cells, can affect any human and animal. Although there are a few exceptions that rarely get cancer or never get it such as elephants, bowhead whales, and naked mole rats; this is a minority that does not include hedgehogs.

Cancer is fairly common in hedgehogs. The disease mostly affects hedgehogs that are over three years old. It can affect any body part and manifests either as a visible tumor on the outside of the body or present symptoms that resemble other illnesses. There are however certain types that often reported.

One of the prevalent cancers affecting hedgehogs is the Oral squamous cell carcinoma. This type of cancer affects the oral cavity; causing a mass of abnormal cells. This mass can lead to gum enlargement and loose teeth. It is a rather aggressive cancer that can spread and affect the oral soft tissues and bones and even spread to other parts of the body such as the lymph nodes. Over time, the disease can reach the lungs, leading to fatality. This cancer is usually detected in an oral exam even before more obvious symptoms become obvious that something is wrong with your pet.

Another common cancer seen in hedgehogs is the mammary gland tumors. This type of cancer had an incidence rate of up to 53% as of 2011. It can affect both male and female hedgehogs; mostly middle-aged ones. It often presents as a swelling in the abdominal area.

The reproductive tract cancers such as uterine and ovarian tumors are also prevalent among pet hedgehogs. Other cancers that affect these pets include lymphoma, the integumentary system (the skin and its appendages), digestive tract, and the endocrine system. Some hedgehogs will have more than one cancer when they become older.

The signs of cancer in hedgehogs vary depending on the specific body part that has been affected. The symptoms that may indicate the presence of cancer include lack of appetite, abnormal masses, weight loss, lethargy, diarrhea, labored breathing, and accumulation of fluids in the abdominal cavity. Vaginal bleeding and bloody urine are also associated with cancers affecting the reproductive system.

Note that the symptoms can resemble any other disease and without examination and diagnosis, none of these symptoms can be specifically pinned down to cancer. A confirmation of the diagnosis is only provided after a biopsy has been performed. Other tests normally carried out to determine that presence of cancer and give a prognosis include blood tests and diagnostic imaging.

While surgical treatments can be employed to remove the cancerous cells, this measure is often ineffective depending on how far the disease has spread.   Radiation and chemotherapy are also used to help in the treatment of affected hedgehogs. Removal of the ovaries is an option many hedgehog owners consider as a preventive measure. Just as with humans,  cancer in hedgehogs is more effectively treated in the early stages before it spreads to other organs.

These are some of the common cancers affecting the African hedgehogs, which are commonly kept and one pet can have more than one type of cancer when older.

Note: Though this article presents useful information, it cannot replace the services of your vet. If there are any symptoms of illness, only a qualified vet can present an accurate diagnosis and recommend the appropriate course of treatment.

Getting on top of animal pests

What Should Pet Hedgehogs Eat 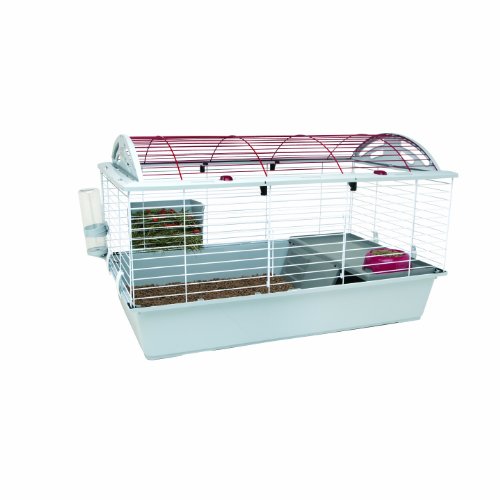